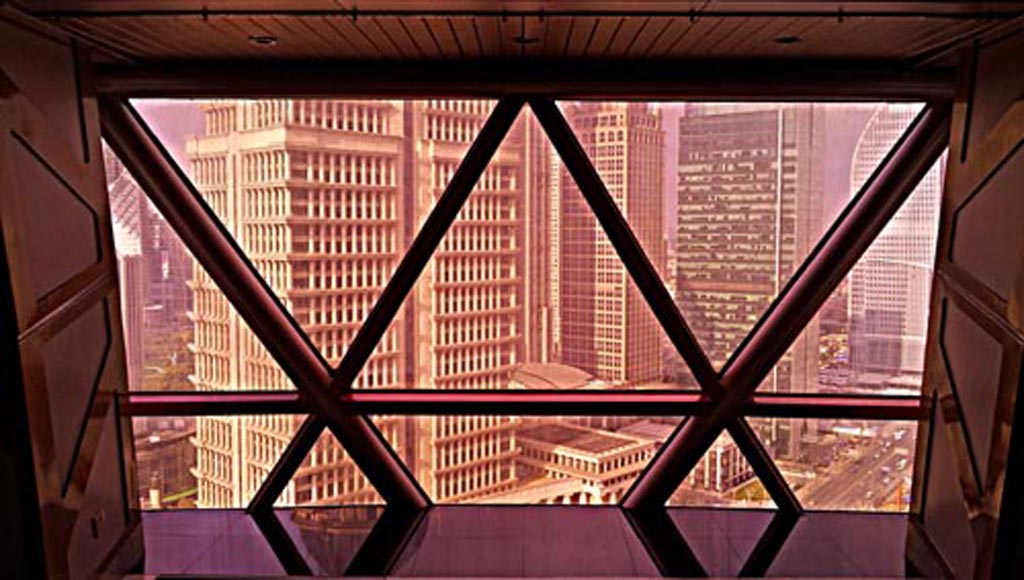 “And he promised that once he made his way in this world (without getting scalded to death by its many fountains of burning perfume or maimed by the endless truckloads of angry clucking cartoon chickens that were driven around the city’s streets) he would build the tallest tower of them all. This silver tower would stand as a beacon to all voyagers who, like himself, arrived in the city late in life. And at the tower’s peak, there would be a rooftop patio lounge. In this lounge, Edward knew he would do three things: he would serve tomato juice cocktails with little wedges of lemon, he would play jazz on a piano layered with zinc sheeting and photos of forgotten pop stars and he would have a little pink booth, out back near the latrines, that sold (among other things) maps.” (Douglas Coupland, Generation X)

Shanghai is the capital of westernization. The biggest city in the world has big buildings and little manners and while exploring it night and day, one can run into many culture clashes. Here is where i post some of the photos while visiting Shanghai and Hong Kong.