Right after the Shakespearian intro and just before making the entrance and taking the stage, one should check Keith Johnstone’s Improvisation and the theatre. Just in case, so you don’t forget your lines or hit the wrong note in the upcoming performance. At first glance Impro seems like an ordinary piece but later on it depicts subjects such as originality and spontainety, which is rather hard to accomplish in an original and spontaneous way. It certainly got my attention.

Saying that communication business and all creative processes behind it relate strongly to the the world of Theatre, would be stating the obvious. Everything from copywriting, design, production, understanding the audience, direction, performing and taking credit in advertising is rather theatrical or at least tends to be. But what is essential for the success of theatrical piece goes for any communication attempt – originality and spontainety (it’s called creativity in advertising).

And we have something to begin with. Pavlov found out that there were some dogs he couldn’t brainwash until he’d castrated them, and starved them for three weeks. So there is potential.

Schiller wrote of a ‘watcher at the gates of the mind’, who examines ideas too closely.  In the case of creative mind, the intellect has withdrawn its watcher from the gates and the ideas rush in pell-mell, and only then does it review and inspect the multitude. The truth is the best ideas are often psychotic, obscene and unoriginal. 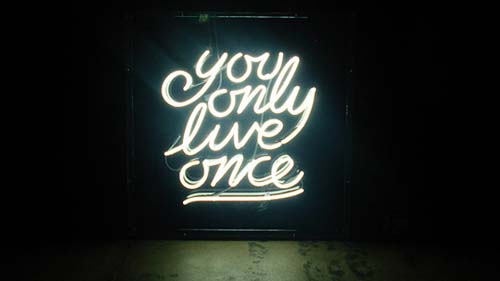 You definitely only live once.

Harpo couldn’t have inflated a rubber glove and milked it into the coffee cups. Groucho would never have threatened to horse-whip someone if he had a horse. W. C. Fields would never have leapt out of the aeroplane after his whisky bottle. Stan Laurel would never have snapped his fingers and ignited his thumb. (Keith Johnstone, Improvisation and Theatre)

The improviser has to realise that the more obvious he is, the more original he appears. Audience like someone who is direct and presents a really obvious idea.

There is an important fact one should never forget – striving after originality takes you far away from your true self, and makes your work mediocre.

If you’ll stop reading for a moment and think of something you wouldn’t want to happen to you, or to someone you love, then you’ll have thought of something worth staging or filming. 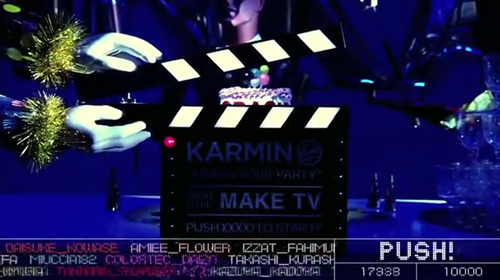 According to Johnstone, anything that an actor does is an ‘offer’. Each offer can either be accepted, or blocked. If you yawn, your partner can yawn too, and therefore accept your offer.

Groucho Marx understood this: a contestant at his quiz game ‘froze’ so he took the man’s pulse and said, ‘Either this man’s dead or my watch has stopped.’